This year’s summer interns come to Phillips 66 more agile, adaptable, able to persevere and quick to evolve after having navigated the pandemic and all of its challenges.

“Those are four skillsets that you are going to take with you throughout life that are going to be incredibly, incredibly valuable for you as individuals,” said Sonya Reed, Phillips 66 Senior Vice President of Human Resources and Corporate Communications, at the company’s intern onboarding event. “You’ll be better for it.”

Reed welcomed the 145 interns on May 24 from the company’s Houston headquarters, with about 50 interns attending in person and the remaining logging in virtually from across the company’s U.S. assets.

This year’s 11-week summer program marked the return of in-person internships after the company hosted last year’s program virtually due to the pandemic. The company’s internship program, which has hosted 1,618 interns since 2012, has long been a key tool for Phillips 66’s talent pipeline, with interns making up nearly 85% of the company’s new full-time hires who are straight out of college.

Houston Marketing intern and Kennesaw State University senior Jalen Lawrence said landing the internship this year gave him a sense of relief after a year where some companies canceled programs due to COVID-19.

“Internship prospects were pretty scarce last year,” Lawrence said. “So far I have had a lot of exposure to great people who are not only knowledgeable in their respective fields, but also personable and fun to work with.”

Emily Hillebold, a returning intern at the Bayway Refinery and a senior at University of Illinois at Urbana-Champaign, echoed a similar sentiment, saying that she was thrilled to have the opportunities to intern both this year and last as the program is vital to building her professional aptitude.

“It is incredible how much you learn in the refinery compared to the classroom setting,” Hillebold said. “The company has been absolutely amazing, especially in these uncertain times.” 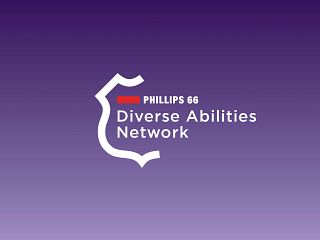